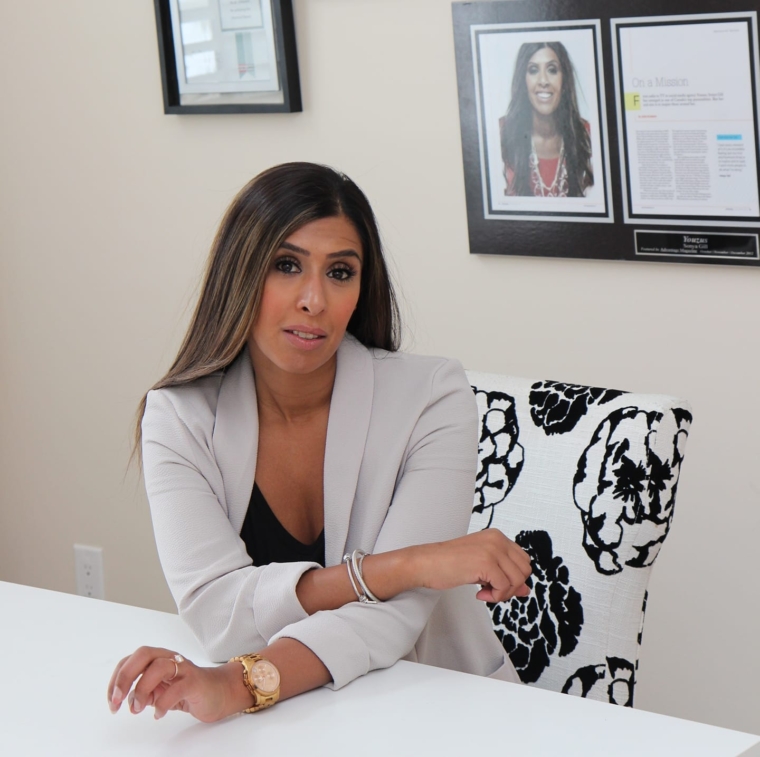 Sonya Gill is an experienced growth hacker and digital media entrepreneur from Canada. As the founder of the Venture Capital firm Doyenne Capital, she has played an instrumental role in empowering and enabling female entrepreneurs to achieve their full potential.
She has previous professional experience which spans from scaling some of the world’s most reputable brands to coaching dozens of teams on how to improve internal leadership and develop impactful marketing strategies. Sonya enjoys using her growth hacking skills to build brands from scratch. She has acted as a consultant for hundreds of businesses across Canada and continues to operate her growth hack consulting firm SG Communications.
Sonya has years of experience specifically in digital marketing, which began alongside her Television and Radio career. She has been a host for The Weather Network, ATN, BBC/Worldband Media in Toronto, and Sahara One Television in New York City. From her hosting experience, Sonya swiftly gained momentum and traction in the digital sphere, which led her to launching Youzus, a platform where influencers had the ability to connect with various brands. After two years of operations, Sonya transformed Youzus into a digital marketing and public relations agency that was successfully acquired by an Australian advertising agency, Cummins & Partners, in 2015. Cummins & Partners brought Sonya onto their team after the acquisition of Youzus, where she acted as the Vice President of Engagement and also as a Partner in the firm.
Among her accomplishments, Sonya has been nominated as one of the top entrepreneurs by the Toronto Board of Trade and is often featured in various publications as a woman to watch out for. She has authored and published two books that can be found on Amazon. She has also spoken about her experiences at numerous Entrepreneurship seminars across Canada.