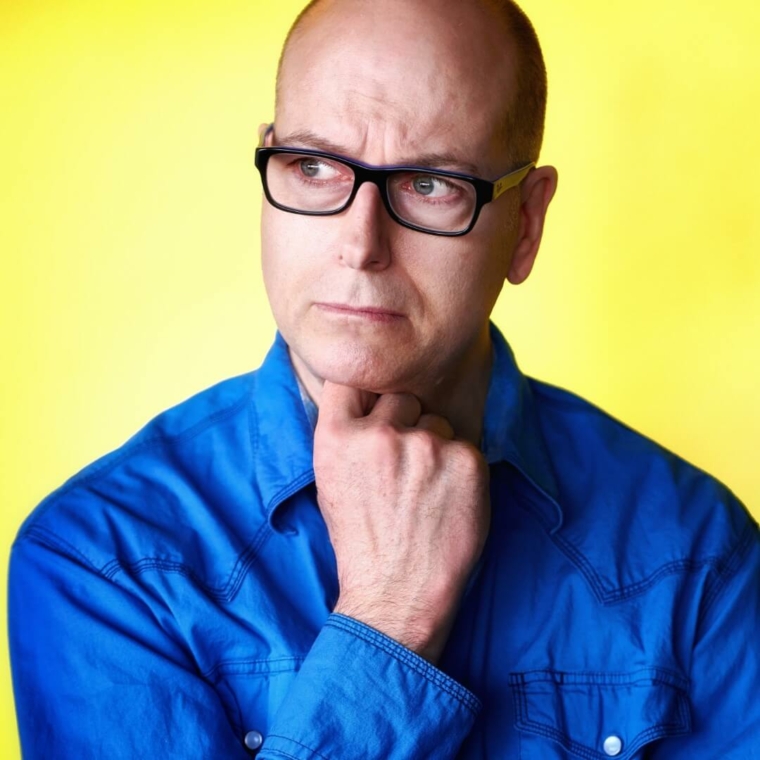 Josh isn’t normal. Not that you asked, but if there was a spectrum when he was young, he was probably on it. He’s been in love with radio and comedy since childhood. He started reading at 2, not War and Peace, but reading.

At 7 he put on plays in the basement, not Mamet, but plays. At the age of 14 he was already calling into the local talk radio station (CFRB) to express himself.

He took a break from The Six and hit Route 66 all the way to the 213, Los Angeles. There, he became the first ever Canadian hired for Universal Studios’ exclusive studio guide program, competing for attention with a mechanical shark and a 30-foot-tall animatronic gorilla. Meanwhile he was literally ‘phoning it in’, now as a showbiz reporter on 102.1 The Edge.

When he returned to Toronto radio, he broadened his portfolio to include not only comedy, but television and film, including the Toronto Film Festival. He got himself a “hotshot” agent and began acting in television, film, voiceover and commercials. Mostly commercials. He hasn’t stopped, and won’t, despite repeated requests.

For two years he wrote all the creative imaging and on-air promotions for Toronto’s preeminent rock radio station, Q107. At the time the station was home to the Howard Stern Show.

He finally took the host’s chair on his favourite radio station at the time - 102.1 The Edge, where he became a popular, if somewhat controversial, personality.

He jumped at an amazing opportunity to join a brand-new radio station, starting from scratch on a brand-new frequency – in Calgary, Alberta. He brought his affection for comedy to four hours of afternoon drivetime, dominating the ratings in a very competitive market. For the fifth hour, he hosted, produced, programmed, booked, researched and mixed a daily one-hour music magazine show. It featured a ton of interviews with and performances from popular international and local artists.

He thinks success in any art form – including radio and podcast – is the ability to elicit an emotional response. Anger, laughter, tears. Mostly laughter.